Showing posts from 2021
Show All 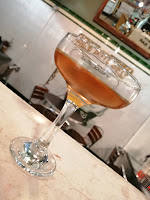 2021 has been the year I fulfilled a dream, to work freelance supporting the hospitality industry with advice, ideas, training and front-of-house work, drawing on over 30 years of experience as a cook, host and cocktail specialist. Much this has been demonstrating cocktail-making techniques to bar staff and developing manageable cocktail lists for bars or restaurants, but my favourite part is always creating new cocktails, something unique to each bar. All of us who enjoy making cocktails love this part. It's the flash of artistry that gives us chance to show off a little, the moment we prove our credentials by pulling-off something akin to magic: spinning spirits someone thinks of as antiquated into a radically new drink they love and know will sell well with their customers. Here are the recipes for my favourite creations of this year. Avezzano I created this riff on a Manhattan for a customer's birthday and invited him to name it. He chose the name of his home town in Italy,
2 comments
Read more

We are advised this year to avoid large social gatherings and only mix with other people if it is “really important” to us. It’s hard to measure the importance of meeting someone, especially within families, but what we can be sure of is that big parties, even in Downing Street, are definitely out. This might be the time to consider inviting a small number of special friends or family to a festive dinner party. There is something beautiful, almost sacred, about gathering loved ones around a table. However, among all the other pressures of Christmas, we can easily lose sight of the essentials – the people – and focus on creating the perfect dinner party. Here are a few hints and tips to help you relax and enjoy time with those you love. 1 Plan for Ease Even the most confident cook can be tripped up by a previously untried recipe. Choose dishes you’ve done well before. Slow-cooked main courses are fantastic – you can put them on early in the day and forget all about them until you’re rea
2 comments
Read more 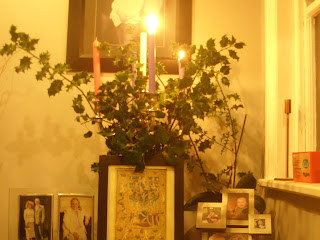 I absolutely love this season. I don't mean Christmas - there'll be time enough for celebrating that come the end of December. The season I mean is Advent - the last few weeks of preparation before Christmas really begins. In Christian communities, Advent begins four Sundays before Christmas, and so it has begun today. It is a time of heightened spiritual activity, extra efforts to be generous or compassionate, a more disciplined approach to prayer and spiritual reading. In the Orthodox Churches it is a time of strict fasting, too, and Catholics are encouraged to attend confession. It hardly sounds fun, does it, so why do I enjoy it so much? I think I have come to appreciate Advent as a buffer-zone against the somewhat frantic, enforced jollity of Christmas. There are all sorts of jobs to be done to ensure our home is clean & tidy and ready to receive guests. Food has to be made early, gifts must be bought, wrapped and delivered, cards written and sent. It can be overwhelmi
Post a Comment
Read more 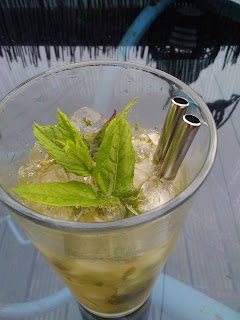 Q.: I've been making cocktails at home for a while and I think I'm pretty good at it. When I go to a cocktail bar, though, the drinks I'm served seem to have that extra bit of magic that I don't achieve at home. I follow the recipes carefully but don't seem to get the same results. Where am I going wrong? A.:  The first thing to say is that you're not going wrong. By following those well-known recipes, you can be sure of consistent results, and if you and your guests enjoy them, you're doing everything right. I'm guessing from your question, though, that you're aiming to make, not just good cocktails, but great ones. That's where things get tricky. You see, cocktail waiters are notoriously individualistic in their work. They all want to make the greatest Martini there ever was, the most interesting Negroni or the subtlest Alexander. To achieve this, they have to stray from the classic recipes and bring in elements from elsewhere. The most common
Post a Comment
Read more

A few weeks ago, I participated in the inaugural Harrogate Beer Week. Forty events celebrating local breweries, hospitality outlets and drinkers were scattered across the town in the space of a single week. Some events were tastings, some tours, some talks and some pure entertainment. All were focused on Harrogate's thriving beer scene. It was a great opportunity to get to know the brewers who make our beer and the stories behind those brews.  Harrogate punches well above its weight in the beer world. It's a smallish town in the north of England, with a population of around 75,000, and yet it sustains five breweries within 4 miles of the town centre, with three more a little further out. With so many fine breweries, it would be easy to imagine a sense of rivalry, but that has not been the case. Collaborative brews are common, and there has been a lot of crossover in staff, so there is a great sense of respect, each conscient of what they owe the others. Having plenty breweries
Post a Comment
Read more 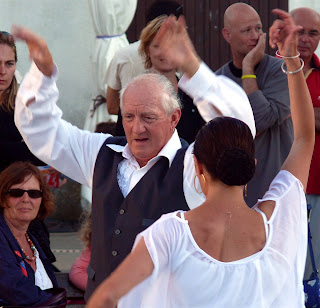 A couple of years ago, I wrote about how a trip to Nice in Provence had rekindled my love of France and French cuisine. ( http://blog.theaperitifguy.co.uk/2019/11/falling-in-love-again-weekend-in-nice.html ) I haven't bothered much with Provençal cooking in the past but decided recently to give it a go. Provence is the region where the Rhône meets the sea. The hills are abundant with vines and olives, the plains with tomatoes, melons and all manner of sun-loving fruits & veg. Stretching along the Mediterranean is the Camargue, an area of salt-marshes and lakes famed for its flamingos, horses and the annual Gypsy pilgrimage. It's also the pasture for unique cattle and sheep and the source of delicious, nutty-flavoured red rice. easyrab,  Danse gitane Saintes-Maries ,  CC BY 2.0 Provençal cuisine is full of colour and flavour. The sunny climate ensures that the foods ripen well. The sea provides glistening fish, deep red crustaceans and many-hued clams. Typical herbs of the r
Post a Comment
Read more 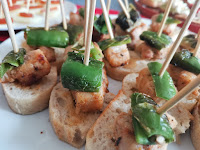 The first time I visited Bilbao was in the late 1990s. My friend was a student there. It would never have crossed my mind to visit otherwise: ETA was still active; the town itself was sadly post-industrial (like so many Atlantic ports), and the only flights from the UK went via Brussels on an airline that was heading for bankruptcy. The Guggenheim Museum had recently opened in the old port district, to much disbelief and bemusement - why would any forward-thinking arts organisation open a prestigious gallery in such a town? Who would risk the disruption of separatist action to visit such a gallery?  Image: P Hodkinson Well, I was visiting and, as it turned out, so have many millions of people since. The Basque government had actually been very far-sighted when they approached the Guggenheim Foundation with an offer of significant financial investment in a gallery of contemporary art. What I found in Bilbao was a proud town that was not going to be defined, either by its declining marit
Post a Comment
Read more 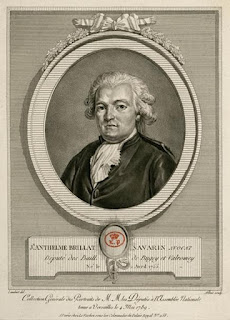 We all have heroes, people we admire and want to emulate, perhaps to impress. Some of them will be distant figures who may have lived generations before us, others will be members of our own family. All of them make us who we are. A few years ago, I gave a series of dinners in celebration of some of my culinary heroes, the final of which marked my admiration for Jean-Anthelme Brillat-Savarin, author of La Physiologie du Goût (the physiology of taste). Unlike the three previous heroes (Elizabeth David, Anton Mosimann and Auguste Escoffier), Brillat-Savarin never left us a single recipe. He produced instead a finely written collection of meditations on the value of good eating, which guide us through an approach to food that is at once careful and exploratory. Modern psychology might recognise in many of his meditations what we would call "mindful" enjoyment of the pleasures of the table. That his master-work has not been out of print in French since its first publication is t
2 comments
Read more 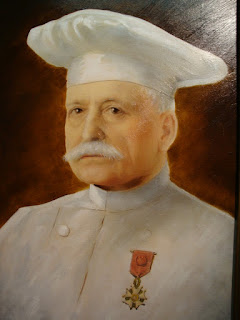 We all have heroes, people we admire and want to emulate, perhaps to impress. Some of them will be distant figures who may have lived generations before us, others will be members of our own family. All of them make us who we are. A few years ago, I gave a series of dinners in celebration of some of my culinary heroes. This series of posts explores the lives and influence of those people and recalls the atmosphere and style of each dinner. My edition of Escoffier’s Ma Cuisine is dated 1991. I must have bought it for one of the first dinner parties I gave. I was living and working at Loyola Hall at the time, a Jesuit-run retreat centre in Merseyside, now, very sadly, closed. With my every basic need provided for, I had begun to feel the need to entertain. I had found that a stall on the local market would get me lobsters at a reasonable price and decided they should be served à la termidor . I’d never eaten lobster thermidor, and didn’t know what was in it, but I knew it had cachet. I
2 comments
Read more
More posts