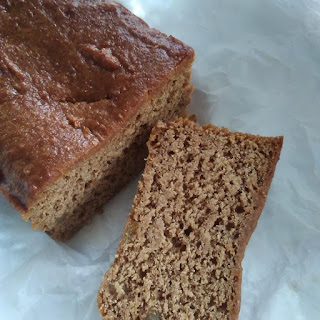 If you listen to my podcast¹, you will have heard last week how much I love to celebrate the winter festivals of St Nicholas, Advent and Christmas, and how I associate them with baking. I published my recipes for Dutch Sinterklaas biscuits last year, so I thought I'd treat you to my French recipe this year. 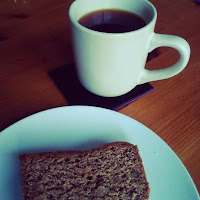 Although sugar cane was cultivated in Europe in the middle ages, it was very expensive to produce and limited in its geographical spread, confined mainly to the island of Sicily and, later, Madeira. Sugar-based sweetmeats were luxury goods, even for the wealthy, and honey was the most commonly used sweetener. Rye was a popular grain for bread-making throughout central Europe, due to it being hardier than wheat and able to tolerate a wider variety of soil conditions. Finally, there are the spices that give pain d'épices its name (literally, 'spice-bread'): cinnamon, aniseed and nutmeg or mace. Aniseed is the predominant flavour, which is hardly surprising: it grows nearest to France and would have been cheaper than the other two. Most classes would have access to some spices in the period, but they would have been kept for special occasions, so it's not surprising that spiced baking is a feature of all European cultures at Christmas. This wonderful cake has been known in eastern France since at least the twelfth century and has become particularly associated with the towns of Reims and Dijon, and any town I'm living in, of course.

For one loaf, you will need:

250g of rye flour, sifted (feel free to add the bran back into the flour after you've sifted it)
250g of runny honey
200ml of milk
1tsp of baking powder
¼tsp of bicarbonate of soda
1 tsp of ground cinnamon
1 tsp of ground aniseed
½tsp of ground nutmeg or mace (I prefer mace.)
2 teaspoons of finely chopped candied orange peel
Warm the milk in a pan and stir in the honey. Transfer this to a large bowl and, bit by bit, stir in the flour. When it is thoroughly mixed, set it aside in a cool place for an hour or two.
Pre-heat the oven to 170℃ (150 fan), gas #5. Butter and line a medium loaf tin.
Once the flour mix has rested, add the spices, raising agents and peel and mix well. Tip the mixture into the prepared tin and cover it lightly with a sheet of baking paper.
Bake in the centre of the oven for 1 hour 45 mins. Poke a skewer into the centre to check if it is cooked. The skewer will come out clean if it is ready.
Cool in the tin on a wire rack. and turn out after about 30 minutes. When it is completely cool, wrap in paper and foil and keep in an airtight container for a couple of days to let the flavours develop.
¹https://harrogatecommunityradio.online/podcast/apero-time-6/
aniseed baking cakes Dijon France gingerbread honey spices