Fans of Jane Austen adaptations, or of the recent BBC production "Bridgerton" will be very familiar with the elegance and opulence of the Regency period in British history. The wealth of a growing empire flowed into Britain, particularly London, Bristol and Liverpool, and the merchant classes found themselves increasingly leisured. Tea and coffee, both fairly recent additions to the repertoire of British drinks, were still relatively expensive. Gin, of course, was hugely popular among the urban working class,  dangerously so. Indeed there was much agitation from business owners for workers to be encouraged to drink beer instead.

So what did those fine gentlemen and wealthy ladies drink, while they were fanning themselves coyly or stifling their emotions over the dowry negotiations? For many, the answer would be fortified wines. Fortifying and sweetening wines preserved them, allowing them still to be drunk pleasantly after a long sea journey. We know the wines of Madeira were known in England from the early modern period. Although we cannot know exactly how the Duke of Clarence came by his death in 1478, that it was quickly rumoured to have been in a butt of Malmsey shows how well-known Madeiran wine was at the time. Shakespeare repeats this legend and also points to the popularity of sack, the English name for  Spanish fortified wines. 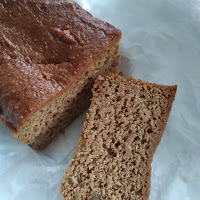 Anyway, back to the heaving bosoms and tight breeches of the 1810s and 20s. Your average Regency gentlewoman found herself at a bit of a loose end between breakfast and lunch so, for want of a decent French press cafétière (for which she'd have to wait 115 years or so), the practice developed of taking a glass of Madeira with a small piece of dry-ish cake in the mid-morning lull. It certainly beats a cup of  Mellow Birds and a custard cream! It didn't take long for this to become a social opportunity, as you can imagine. Given the absence of street lighting, social visiting had to take place during the daytime, as night-time travel, even over short distances, could be risky.

By the 1840s, recipes started to appear for Madeira cake, a butter sponge cake designed specifically to compliment sweet Madeira wine. This superior form of elevenses was now at the height of its popularity, but that popularity was not to last. At the time those recipes started to appear, the first tea cuttings were smuggled out of China and planted in India. Tea rooms were opening as a healthful alternative to pubs and alcohol drinking. The price of tea fell throughout the second half of the 19th century as railways were built across India and Ceylon to support the cultivation of sufficient tea to meet demand in Britain. The rising popularity of tea was matched by a decline in the popularity of mid-morning Madeira, and it was virtually unheard of in the 20th century. 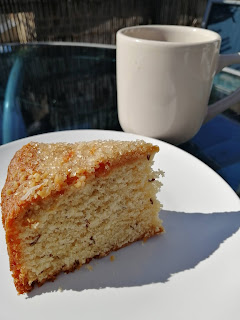 All of which I think is a terrible shame. Life moves far too quickly these days, and the result is tragically high rates of mental ill-health. We don't even stop for a cup of tea with friends any more, preferring instead to brew a mugful to drink at the desk while we work. Here begins my campaign to bring back the custom of taking Madeira with friends of a morning. Personally, I find the traditional Madeira cake a bit bland, so I offer my favourite seed cake recipe. The flavour of caraway seed was very popular during the Regency, so it is in keeping with the period, and its buttery richness is a perfect foil to the fortified wine. 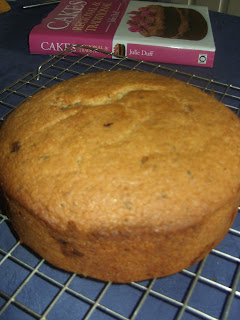 Cream the butter and sugar together. Add the eggs and flour a little at a time, alternating between them, until both are completely incorporated. Fold in the remaining ingredients and spoon the mixture into the prepared tin. Bake for about an hour, until a skewer comes out clean when inserted into the centre of the cake. Leave to cool in the tin for half an hour before turning it out onto a wire rack.

You can eat the cake as soon as it's cold, but I prefer it the day after, when the flavour has developed a little more.

I'd love to know how you get on reviving this custom. If you follow me on Twitter (@AperitifGuy), tweet me your photos of mid-morning Madeira with family or - in time - friends.

Next time: dishes I never tire of making and serving.