May 09, 2021
I'm a bit of a purist when it comes to cocktails. All mixologists enjoy creating new drinks and playing riffs on the well-known ones, but I get as much enjoyment out of tracing a cocktail back to its origins and serving it as it was first served (as far as possible). There's a lot to be learnt about cocktail-making by learning the classic versions of the recipes. It teaches you how to structure a drink, what effect different methods of mixing have, and the advantages and disadvantages of certain garnishes or glassware. 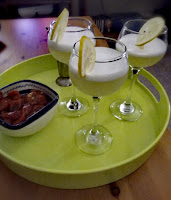 Whenever I visit a new bar, or am introduced to a bartender who describes themself as a cocktail waiter/mixologist, I like to put them to the test a little, by ordering a classic cocktail that isn't on the list, usually a White Lady or a Negroni. If they make it well, I know I'm in good hands. If they look it up, I know they're probably inexperienced but skilled and not full of BS. If they can't make it, I'll know they're stretching a point in their self-description. Sometimes I feel like I'm the old duffer in the corner of the bar, banging on about how today's kids don't know they're born, the music's not as good as it used to be, beer used to cost 68p a pint, whatever. In reality, cocktail drinkers deserve a full range of mixologists, from wild innovators to geeky obsessives like me. A good bartender has a mix of both styles in them, even while they favour one over the other. Fine cocktail bars tend to be small and only employ one or two specialists, so waiters can't afford to alienate half the clientele if they want to shine in the industry. 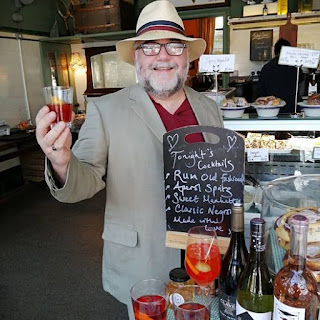 The kind of innovation that suits my style best is tweaking a recipe slightly, rather than wholesale revision. It might make an old, forgotten cocktail ("Princess Mary," anyone?) more approachable, with more appeal to current tastes. In this endeavour, cocktail bitters have become my best friends. Most people will be familiar with Angostura Bitters, the aromatic and spicy ingredient from Trinidad. It's the ingredient that gives the classic pink gin its distinctive taste. Angostura also make an orange bitters, using bitter orange peel from Curaçao. Bitters are high in alcohol and strongly flavoured, but we only use a few drops per drink. Sometimes, their effect is so subtle that you can't identify what flavour of bitters has been used. Sometimes, as is often the case with orange bitters, their presence is immediately detectable and gives the drink an element of surprise or jazz. I mixed a rum Old Fashioned for a friend the other week. She commented on its spiciness (I'd used both Angostura and Peychaud's Bitters from New Orleans), then said the thing that she loves about an Old Fashioned is seeing how each bartender brings their own personality to it through the use of different bitters. I've since tried making it with cherry, peach, chocolate and orange bitters, and each one is delicious.
Orange and other citrus bitters marry very well with white spirits like gin and vodka. Indeed, orange bitters was considered essential to a good Martini throughout first half of the twentieth century. If you like your Martini on the savoury side, a couple of drops of celery bitters will give a Gibson or a dirty Martini real depth. Brown spirits like rum, Bourbon and Cognac gain depth with the addition of spiced or chocolate bitters, and lift from fruit-flavoured bitters. I love to add a splash of chocolate bitters to an espresso Martini, to round out some of the bitterness of the coffee.

A second way to add a subtle difference to a drink is to rinse the inside of the glass with a highly-flavoured spirit or liqueur before you pour the drink. The Sazerac, famously, is an Old Fashioned variant with the glass rinsed in absinthe. Another herbal liqueur that imparts interesting flavour is green Chartreuse. You might want to try that in the glass you serve a vodka Martini in, and it'll bring a startling liveliness to a standard G&T. Nut flavoured liqueurs, used either as a rinse or a small quantity added to the shaker, add another dimension to sharp cocktails. Try rinsing your Sidecar glass with amaretto or crème de cacao, or preparing your brandy Alexander glass with walnut liqueur. Talking of Alexanders, if you like the cocktail in its original, gin-based incarnation, try slipping a teaspoon or so of ginger liqueur into the mix. A Princess Mary is richer than an Alexander, with a little less alcohol: it would similarly benefit from a touch of ginger.
To make significant changes to ingredients, in my opinion, is to create an entirely new cocktail, rather than a twist. When the gin in an Alexander was replaced by Cognac, it gained the additional description "Brandy" Alexander, in the same was that a vodka Martini is one made with vodka, but one made with gin is just a Martini.
The Negroni, itself a development on the Americano and Mi-To cocktails, has seen many a new variant. You can watch me make a white Negroni in the video above. My two favourite variants are the Negroni Sbagliato, made with Prosecco in place of gin, and the Boulevardier, in which the spirit used is Bourbon.
The Manhattan cocktail was inspired by the Martini, but has no ingredients in common with that cocktail any more. I'd like to share my recipe for a sweet Manhattan, with a chocolate-hazelnut twist. It employs all the methods of subtly changing cocktails we have discussed.
Chocolate-Hazelnut Manhattan
Put a couple of large ice cubes in a mixing glass. Add a dash of Angostura bitters and two dashes of chocolate bitters, then add a teaspoon of Frangelico liqueur and 25ml of sweet, red vermouth. Stir these briefly together before adding 50ml of good Bourbon. Stir for another 20 seconds or so and strain into a short tumbler. Garnish with a toasted hazelnut, which you have gently impaled onto the end of a cocktail stick. 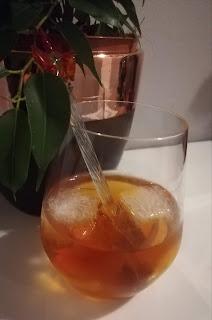