July 05, 2021
We all have heroes, people we admire and want to emulate, perhaps to impress. Some of them will be distant figures who may have lived generations before us, others will be members of our own family. All of them make us who we are. They show us how to be, in certain circumstances of our life or work. A few years ago, I gave a series of dinners in celebration of some of my culinary heroes. The first of these dinners celebrated the food writer Elizabeth David. 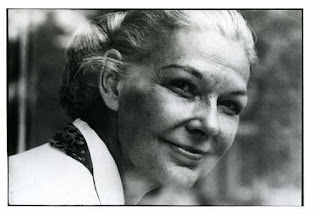 It is nigh-on impossible to write anything original about Mrs David. Even to say what she has meant to me personally, as a reader, cook, host and now writer, is to repeat what so many others have said before. Let me start at the end: quite simply, she is one of the most influential women ever to have lived in Britain. Her entry in the Oxford Dictionary of National Biography ends:

“David was the best writer on food and drink this country has ever produced. When she began writing in the 1950s, the British scarcely noticed what was on their plates at all, which was perhaps just as well. Her books and articles persuaded her readers that food was one of life's great pleasures, and that cooking should not be a drudgery but an exciting and creative act. In doing so she inspired a whole generation not only to cook, but to think about food in an entirely different way.”

Why should I idolise this woman, of whom I’d never heard in her lifetime? 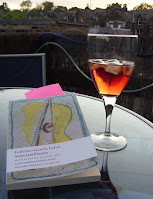 My first encounter with her writing was in 1995. Noilly Prat vermouth was giving away free copies of French Country Cooking if you sent off the bottle top. I’d bought a bottle to make martinis for the kitchen-warming dinner in my new flat and, never one to decline the offer of yet another cookery book, I duly posted off the cap. When it came, I was slightly disappointed: the recipes weren’t exactly precise, and you had to work hard to get the feel of quantities, timings, temperatures, etc., but - my God! – what writing! Each page takes you to a place and a time where food was important. She describes in detail the sheen on the fish, the smell of the tomatoes, the last warmth of the sun that catches the glass of rosé as it sets, the conviviality of the table where she first tasted this or that dish.

I later found out that much of her early writing, my own new book included, was done in response to a kind of homesickness. As Elizabeth Gwynne, she had eloped to France with an actor in 1938, passing the war years in what even now sounds like an adventurous and rather Bohemian set-up, in various homes around the Mediterranean, with a series of beaux. She finally met and married Lieutenant-Colonel Anthony David in Egypt, following him to his Indian posting in 1946. Since Raj life didn’t suit her at all, she came home to England without him, only to discover that England, and English food in particular, had become (even more) drab, grey and miserable in her absence. Ministry of Food pamphlets of the time offer suggestions on how to turn pounded haricot beans into ersatz marzipan, to make cakes without sugar or egg and how to make snoek somehow bearable. Sitting at her sister’s home in the cold winter of 1946-7, she began to write a list of the things she missed most: apricots, olives, butter, rice, lemons, almonds…. 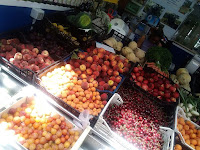 In time, she started to write a cookery column for Harper’s Bazaar, from which grew her first book. A Book of Mediterranean Cookery was published in 1950. Her recipes are full of ingredients an English cook could never hope to source at that time and although in my French book, a few years later, she was able to include a list of mail order suppliers, cost would have prevented all but the most comfortably off from trying her dishes. Perhaps that’s why they’re both so vague and so precise at the same time: she was effectively the world’s first food pornographer, dwelling with relish on the sensuous and the emotional, skimping over the more prosaic weighing and measuring.

It’s worth noting that as Elizabeth Gwynne, Mrs David had been the granddaughter of a viscount one one side and government minister on the other. In the 1950s, she was writing for her own sort. Hardback books were expensive, so very few suburban housewives would ever have read her recipes. It was only with their publication in paperback a decade later, when Macmillan was telling us we’d never had it so good, when food was plentiful and refrigeration made exotic ingredients like avocados and fresh herbs more accessible, that her work really started to influence the culture. What her writing style did was to make those ingredients “safe” for younger, more adventurous cooks by showing them how they could be used. Fanny Craddock was admonishing housewives to avoid garlic and go easy on the herbs, for fear of upsetting their husband; Margueritte Patten was still showing them how to get the most cost-effective use out of a chicken, but Elizabeth David was singing hymns of praise to Provençal olive oil and Italian basil! It’s no wonder the aspiring, middle class women lapped it up. That we now take for granted such foods as hummus, aubergines, ratatouille, Parma ham and fresh figs is due in the main to Mrs David showing them to be attractive and delicious. 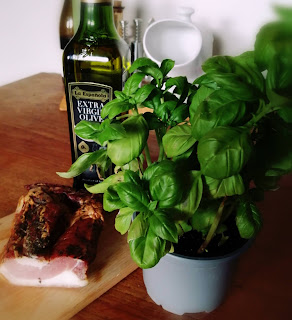 And this is where I come in. I think that because her original readership allowed her to develop such a romantic and sketchy writing style, she pushed her later readers into really focusing on the sensuous (and sensual) experience of both cooking and eating. This is the key to her influence. The writing is not purely functional, it’s inspirational and personal, too. Can you imagine a modern Britain with only Delia Smith and no Nigel Slater, with Prue Leith but no Nigella? Can you imagine our mothers walking into an Indian grocer’s and not breathing deeply? Could you ever resist stroking a rosemary bush as you walked past, then smelling your hand? It is Mrs David’s spiritual daughters and sons who have made their home at my table, and she is the somewhat bossy guardian angel who hovers over my menu planning.

When I was planning my dinner to celebrate her influence, I chose dishes for what they reflect of Mrs David’s style, work or personality. They ranged from her earliest book to the posthumous collections. Somewhat unusually, I chose a cold dish for the main course, because I wanted to show off off her creativity with even the simplest things, and followed that with a sautéed cauliflower dish to demonstrate the lightness of her touch with vegetables. Simple, fairly light wines were chosen to match each dish, because, for once, I wanted the focus to be all on the food.

The menu was as follows:
I placed a simple bowl of cut hyacinths on the table, which perfumed the room magnificently, but did not create any kind of elaborate table setting: a white tablecloth, polished glasses. Nothing else was needed. I think Mrs David would have approved.
This post is adapted from an article originally published in The Yorkshire Times.
apricots Elizabeth David food writing heroes olives themed dinners