Tonight is Twelfth Night, traditionally regarded as the last night of Christmas. (We count nights from Christmas Eve, days from Christmas morning.) Tomorrow, the decorations come down and “normal” life is restored. 6th January, the feast of the Epiphany, is when the Christian church remembers the arrival of the Magi, often called the three wise men or three Kings, at Bethlehem. In the past, it has been a time of more merry-making than Christmas itself, with raucous Twelfth Night parties, spiced drinks and sweet foods all being part of that.

A few years ago, a new gin came on the market called Opihr. Its heavy bottle features exotic colours and an ornate elephant. The gin itself is flavoured with cumin and coriander. It pairs well with either tonic water or ginger ale, and I loved it. Intrigued by my discovery, I wanted to know where it was made. One quick glance at the back label (with my glasses off to see the small print) revealed it’s actually distilled in the town of my birth, Warrington. There is nothing “craft” or “niche” about Opihr. It’s made on an industrial scale by Greenhalls, once famous for Vladivar vodka. No matter. If the gin tastes good, who cares where or how it’s made?

Now, back to the Epiphany. Having had my own little epiphany about great-tasting gin from my home town, I had a look around Opihr’s website, which itself is rather colourful and exotic, and found the recipe for a cocktail called Three Kings. Oh joy! An aperitif cocktail for a Twelfth Night dinner. I couldn’t be happier. The Beloved and I have now established a tradition of taking this cocktail before dinner to mark the end of our Christmas celebrations.

Stir until cold, then strain into a coupette or Windsor Martini glass. Garnish with another slice of chilli, if desired. 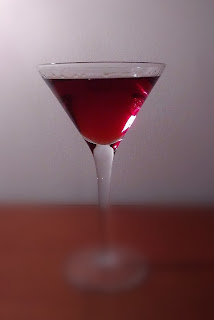 It’s a strong cocktail, and the spices in the gin are brought out really well by the sweetness of the Dubonnet. The Aperol lightens the drink a little and adds a touch of bitter citrus to hold it all together. The chilli brings a little warmth to the finish, but doesn’t make the drink in any way hot to taste.

Happy festivities. I hope 2019 is a good year for everyone you care about.