Mix up your mixers! 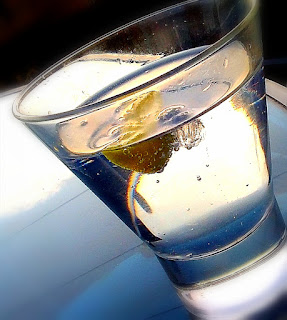 I wrote a few weeks ago about the current gin boom. I follow a number of gin bloggers and try to keep up with the ever-growing array of weird and wonderful gins. One of the things I notice, especially among sponsored content, is the unshakeable assumption that you must want to drink your gin with tonic water. Gin is a fabulously versatile spirit. That's the reason it's the foundation for so many cocktails. Why do we insist on limiting it when we mix it as a long drink? 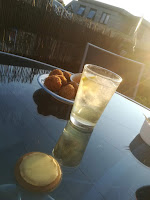 Mixing gin with ginger ale is almost as old as mixing it with tonic water. We're back in medicinal territory here, as ginger settles the stomach and is often recommended for seasickness or nausea. Well, a touch of gin won't help the seasickness, but it'll certainly liven up the drink! Try it with one of the fruit flavoured gins - rhubarb's the obvious one - or a good London dry. Fiery ginger beer mixes better with one of the sweeter gins. Try it with Tanqueray Sevilla. I also know of at least one truffle flavoured gin; try pairing that with ginger ale, but serve it short & strong. Too much mixer would destroy such a luxurious spirit.

Grapefruit juice is the most obvious pairing with gin. Classically, the combination is called a greyhound, but if you rim the glass with a little salt, it's called a Salty Dog. Less popular, but also delicious, is to pair it with orange juice. For both of these pairings, I'd suggest you use a slightly sweeter gin like an Old Tom, or even Dutch Jenever. Paradoxically, sharp, citrussy gins like Tanqueray don't "sing" in fruit juice, and if you want to mix a dry gin with orange or grapefruit juice, I'd suggest something like Bombay Sapphire or Opihr. 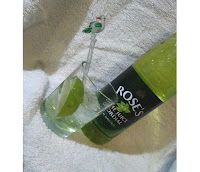 I love a good gimlet! Simply mix Plymouth gin with a splash of Rose's lime cordial and ice. Garnish with a wedge of lime, but give it a quick squeeze as it goes into the glass. This was the first gin drink I had regularly, as a student, when my tastebuds were still too young to enjoy the bitterness of tonic water. 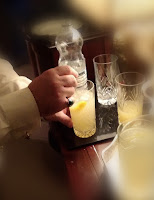 Well, not just soda. That would be horrible, but there's a long tradition of mixing gin with lime or lemon juice, sugar and soda. Depending on the particular variation you make, it could be called a gin fizz, a gin rickey or a John Collins (or Tom Collins if you use Old Tom gin, or Michael Collins if you use Cork Dry...). You can also invent your own summer fruit cup by mixing gin with sliced fruits, fruit juice, cocktail bitters and soda water.

Once upon a time "Sicilian Lemon Tonic" would simply have been a posh bitter lemon. Yes, folks, your auntie's favourite mixer was just tonic water with lemon flavouring. These days we have almost as much choice in our tonic water as we do in our gin, so ring the changes. A spicy gin will mix well with a fruity tonic, and vice versa. Simple gin can marry with most things, but complex ones need clean-tasting tonic. The addition of lemongrass in Fentiman's tonic works wonders for orange gin but will kill a gin with less juniper stone dead. If all you have in is the same tonic you've been drinking since you got into gin, you can still play around with it by adding a splash of pomegranate or elderflower cordial or cocktail bitters. 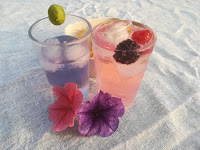 In January, I wrote a blog about alcohol-free drinks and recommended particularly Crodino and SanBitter. The good news is that they don't need to stay alcohol-free. Both of these Italian aperitif drinks mix well with gin. The UK now has it's own alcohol-free aperitif in Everleaf cordial. Although it has been developed to taste great with soda water and a slice of orange, the sky won't fall in if you slip in a measure of your favourite spirit, instead (or as well). You can buy it in Sainsbury's, and it's delicious.

Cocktails, in other words. There are too many to go into here, but let me mention just one and admonish you over it like a displeased schoolteacher. I'm noticing a lot of bars offering French 75 cocktails It does seem to be quite the thing these days, but it's made badly and cheaply in nearly all of them. A proper French 75 should contain freshly squeezed lemon juice (so you get a little of the oil from the skin, not just the juice), mixed with an older type of gin, sugar not gomme and real Champagne. Prosecco makes other lovely drinks, but tastes far too soft for a cocktail named after a piece of heavy artillery!