July 08, 2019
This week marked 243 years since the English-speaking colonists on the American continent declared themselves independent of the British crown and organised themselves into a new nation. Whichever side of the Atlantic we live (or the Pacific, for that matter), whatever our tastes in cinema or music, whatever we think of this or that figure in American politics, culture or history, we still have much to admire in the USA, with its high, founding ideals of individual liberty, just government and responsible citizenship. For those of us with a taste for mixed drinks, July is a time to raise a toast to the United States for the gift of the cocktail. 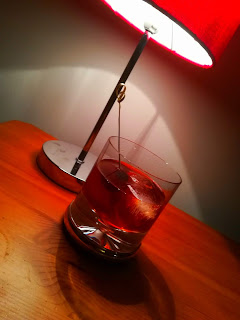 There is evidence from as far back as 1806 of mixed drinks being called "cocktails," and an answer in a newspaper column to a request for a definition of the word gives a recipe for a spirit mixed with sugar, water and Angostura bitters. That seems to have fallen out of favour for a while, and by the 1860s, bars were selling Dutch genever mixed in this way as "in the old fashioned style." Over the next 20 years, the cocktail was made with a variety of spirits and liqueurs before finding its definitive form with Bourbon or rye whiskey.

In a short, heavy-bottomed glass, place a teaspoon of sugar, a couple of dashes of bitters and a little water. Stir with a bar spoon or muddler until the sugar is dissolved. Add ice and a measure of Bourbon or rye. Stir again. Squeeze a piece of orange peel over the glass to spray the drink with orange oil and garnish with a cherry. 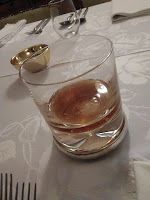 The heyday of cocktail drinking was the 1920s, of course. The Prohibition of alcohol had many effects, some positive. The USA still has relatively low rates of alcohol consumption for a western nation, with consequently low rates of liver disease. The most obvious effect, though, from our point of view was to popularise the mixing of drinks. This happened in three ways: 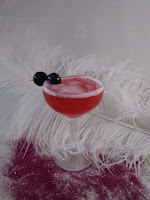 From this era comes one of my favourite cocktails, the Mary Pickford. It has all the silliness and frivolity of the time, being hot pink and fruity, but like the lady whose name it bears, it's mighty powerful. Mary Pickford was a silent film star, who became a founder member of the Academy of Motion Picture Arts and a significant film producer. She would have a strong claim on being one of the most powerful American women ever.

In a shaker of ice, place a measure of pineapple juice, a measure of white rum, a splash of maraschino liqueur and a splash of grenadine cordial.* Shake hard and strain into a coupe glass. Garnish with a cherry.

For more cocktail ideas inspired by Hollywood, see my article in the Yorkshire Times from earlier this year: https://yorkshiretimes.co.uk/#A-Night-At-The-Cocktail-Movies

The fashion for cocktail making has come and gone several times, each time bringing new recipes. After a period in the 1980s of cocktails being sweet and over-decorated, the fashion swung back in favour of strong drinks. One cocktail emerged from the 1990s on the back of a certain TV show as the cocktail of the time: the Cosmopolitan. Its creation had been prompted and promoted by a manufacturer of cranberry juice back in the 1930s, keen to have its product taken seriously by adults.There was another version, too, with the Ocean Breeze, containing vodka, cranberry juice and grapefruit juice. That's a very refreshing summer drink, and is lighter than the Cosmopolitan. Once Carrie Bradshaw & co started drinking Cosmopolitans, though, the Ocean Breeze didn't stand a chance. Like the cocktails of the Prohibition era, it combines delicious ingredients with Sex and the City's the whif of transgressive modernity.

In a shaker of ice, combine a measure of vodka, a measure of triple sec, half a measure of lime juice and a measure and a half of cranberry juice. Shake vigorously and double-strain into a stemmed glass. Garnish with a fine slice of lime.

*when recipes call for grenadine cordial, it's worth seeking out proper, alcoholic cordial, rather than grenadine syrup. I use Philips of Bristol, which is easy enough to get hold of online.