Something Ireland has in abundance.

The Gulf Stream brings warm water up the Atlantic to the west coast of Ireland, ensuring the winters are never truly harsh, but it also ensures that the weather systems making landfall on that coast are well and truly water-laden. Cool air off the mountains condenses the water, which then falls as rain. It’s not great news for tourism, but it makes for fantastic agriculture. 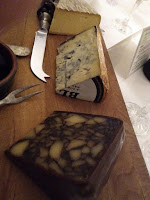 Ireland has always been a producer of good food. The rain makes for rich pasture for beef and dairy cattle alike. Milk, butter and cheeses are sweet and plentiful. Beef is firm and flavoursome. Small-scale farming and crofting mean that sheep farming produces high-quality lamb and mutton that is much sought-after throughout Europe. However, it is the pig that dominates the Irish domestic table. You won’t go long in Ireland before being served pork, bacon or ham. Any country that has known widespread poverty and deprivation will come to depend on the pig as its main source of meat. It can be reared on scraps and leftovers and produces virtually nothing inedible. Its meat cures well, keeping long into the winter when the fields have stopped producing. Its offal is versatile and nutritious. 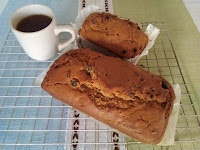 Arable farming produces fields of barley and wheat, useful for brewing and baking. Indeed, baking is still taken for granted in Ireland as part and parcel of daily life, long after the UK has turned it into a niche pastime. Apple cake, seed cake, meat pies, biscuits and bread; all will be made regularly at home. Few households will be without a home-made cake. The recipe I usually use for tea-loaf is labelled “Nana's funeral cake” on the scrap of stained paper it’s written on: a reminder that they bury quickly in Ireland, and that the whole community contributes both to the mourning and the hospitality. Fruit is soaked overnight and the cake ready to take to the wake the next evening.

The abundance of water is responsible, too, for the linen industry. Both the growing of flax and the weaving of linen demand vast water resources. It’s hardly surprising that Irish linen has become synonymous with finesse and luxury where table coverings are concerned. Like Knaresborough's near me, Irish mills once produced bedding for the British Royal Family. Unlike Knaresborough’s, though, their industry has survived and is now growing again, thanks to its reputation for luxury. 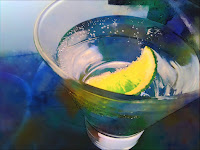 Although it has one or two small, modern vineyards, Ireland has no established tradition of commercial winemaking. It does, however, have a long and honourable tradition of brewing. Everyone knows Irish stout, but the island also produces great cider, brewed from native apples in an exciting and forward-looking craft industry. If you get the chance, check out Orpens cider. It’s made by former winemakers who bring a ‘Champagne sensibility’ to the process of cider-making, producing a fine, sophisticated drink that sits as comfortably at the dinner table as it does at the bar.
It was Irish monks that developed the pot still, and Irish distillers taught the Scots to make whiskey (losing an ‘e’ in the process). The Irish, too were pioneers of gin-making. The refinement to the column still that allowed distillers to produce a smooth, dry gin was patented by a Cork exciseman, Aeneas Coffey. The current gin boom has brought new life to Irish distilling, but they are focused on carefully made spirits, rather than falling into the trap of adding ever more alarming colours, flavourings and sweeteners. Distilling, of course, is another activity dependent on a plentiful supply of clean water, and the sphagnum moss turf that covers much of Ireland serves to filter rainwater, ensuring streams and river systems are clean and clear. 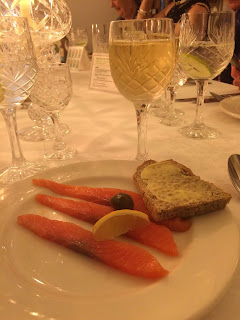 Did I mention Ireland’s rain? Rain means rivers, and rivers mean fish. Rivers like the Shannon, the Nore and the Moy and the systems of lakes and loughs are an angler’s delight, stocked with brown trout, salmon and pike. And then there’s the sea! Ireland has the most amazing fishing for shellfish such as oysters, but it also enjoys access to Atlantic cod stocks and other deep-water fishing. The eastern coast is calmer and shallower but washed by strong tidal currents, an ideal breeding ground for several species of crab and lobster, including, of course, the Dublin Bay prawn (which is technically a lobster, not a prawn).

Although a certain stereotype of Ireland focuses on poor quality food and cheap ingredients, we must not forget the contrasting elements of its culture and history. I've already mentioned linen, but Ireland is also home to producers of fine porcelain and crystal. Not only is there a strong culture of fine dining in the big houses and country hotels, there is a tradition of hospitality and entertainment that runs through the very soul of the Irish people. Perhaps it’s something of the rural culture, that you should receive people in your home and provide for their needs. Perhaps, but that’s not the whole story. That doesn’t explain the music, the storytelling and the poetry. Irish kings would maintain a harpist to entertain at banquets and other gatherings of the mighty. This symbol of native royal power was suppressed by the English invaders. Harpists became travelling musicians, playing and teaching wherever they could find a welcome. More modern instruments like the fiddle and the guitar have been absorbed into that tradition, adding their own voice to the ancient rhythms and melodies of the harpists' tunes. 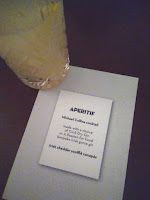 We held a dinner party last year to celebrate the wonderful produce of Ireland. It couldn't be done, of course without reference to the nation's wider culture. I was determined to have a harpist, and we managed to keep it secret from everybody, including the Beloved. Arriving at the aperitif party, guests greeted each other and chatted as if the music were recorded then, one by one, noticed the musician sitting in the corner. The table was laid with fine linen and crystal and a simple bowl of pure white roses. People may have been expecting leprechauns and lots of green, but we dicided to show off the more refined side of Irish entertaining. Our menu reflected all the best produce Ireland can supply, and I am grateful to a number of suppliers who went out of their way to get fresh ingredients to me on time. 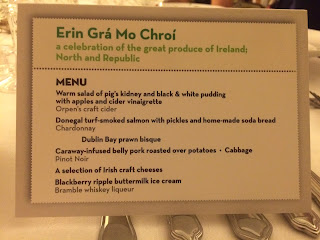 The Atlantic rain may have given rise to Ireland's culinary culture, but Irish spirit brought beauty to the table, marrying hospitality with art. This St Patrick’s day, why not have some friends round? Make yourself some good, home-cooked food and break open a bottle or two of something sociable.  Reminisce, tell family stories, put on your favourite music and share the love. It’ll feel altogether more Irish than drinking a pint you don’t like in a pub that’s too crowded for comfort and too loud to make conversation. You can wear the daft hat, though, if you like: at least it'll keep the rain off! 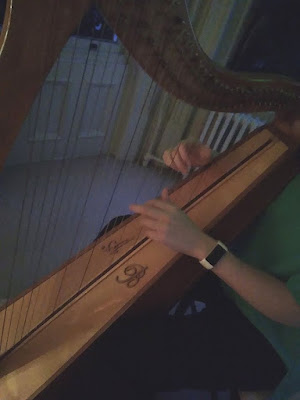 A version of this article first appeared in Te Yorkshire Times
Next time: recipes from our Grandmothers