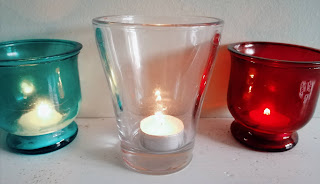 This week, France celebrates its national feast. Bastille Day (usually known simply as le quatorze juillet in French) marks the storming of the hated prison in Paris, a key moment in the beginning of the Revolution. The events of 1789 did not remove the King - that would come later - and France would know more troubles yet, including new tyrants and further revolutions. However, the events of that 14th July capture the imagination and fire a people's love of their country like no other date in its history. 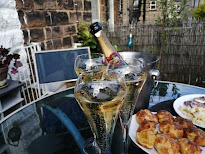 France gets under your skin. The language has a musicality about it; it feels wonderful in the mouth. You can say things a variety of ways, but the elegantly-constructed sentence will always draw praise. Education is prized for its own sake, not just as a means to a job. Manners are greatly appreciated, and formality is valued. The pace of life is different, and that's as true in the big cities as it is in the rural areas. Friends call in on one another in the early evening, after work. The apéro hour is when all doors are (metaphorically, at least) open, and people wait in hope for friends to visit. Whether it's a glass of pastis, a kir or a coupe of Champagne, you'll always be offered something to drink. You'll always be offered something to nibble on, too, and that could be as simple as salted crisps or nuts or a few slices of saucisson.
Most families eat together each evening. France does not have a culture of staying late at work or of commuting impossible distances, so adults and children are able to eat together. Dining in restaurants is not limited to adults, either. Weekend lunches are often the occasion for the generations to spend time together. Hospitality is important, too. I have learnt that even a simple midweek supper can be something special when a guest is expected, and celebration dinners are quite extraordinary. If you're ever invited to dinner in a French home, be sure to accept the invitation - you will be treated royally. 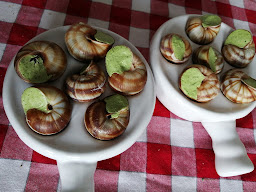 The areas of France I'm most familiar with are the flat, industrial north and the gently-rolling vineyards of Burgundy. I used to live in the north, in Béthune, near to Arras. I'm told I still have the accent, thirty years on. This corner of France produces great beer, fields of bitter endives and sugar beets. I suppose the most typical regional dish would be tarte de la cassonade, a buttery layer of soft brown sugar baked on a yeasted pastry base. It's not pretty but it tastes amazing!
Burgundy is where I fell in love with France. I have visited there more often than any other part of the world. All those dishes you think of when you think of French cuisine - snails in garlic butter, coq au vin, slow-cooked beef in red wine - they were all born in Burgundy. In the middle ages, Burgundy was a semi-independent duchy at the crossroads of Europe. Its rulers were rich and influential. The wealth that flowed into the region has enabled it to develop some of the greatest wines in the world and some of the best cuisine. It's often the small things you notice, and I love the typical Burgundian aperitif of mini gougères, cheese-flavoured choux puffs, with a glass of kir. If you're going to make kir at home, don't fall into the trap of mixing a splash of cassis with any old white wine. The flavour of blackcurrant should dominate. For a traditional serve, take a ballon glass (a brandy glass) and fill it to its widest point with a good crème de cassis. Top up the glass with chilled dry white wine. The wine needs to be a fairly neutral-tasting one -  in Burgundy, they use aligoté, although if you want to try a lesser-known variation, use a light red like Beaujolais.
I wasn't much of a fish eater before I lived in France. My 1970s and 80s upbringing didn't feature much more then cod & chips or tinned salmon. However, in France, I was introduced to a huge variety of fish and shellfish, both sea and freshwater. I learnt to love oysters and mussels, became skilled at shelling prawns and crayfish and developed a taste for skate. I came to see that fish cookery is highly skilled and often marks out a decent restaurant from a great one.
What do I think is at the heart of French culinary culture? I think that in overthrowing the old aristocracy, the equality the French people have sought is not a bringing down to the lowest level, but a raising up. Everyone deserves the best. Even the least promising ingredients, therefore, are treated with care and respect until they become something sophisticated and valuable. Look at the humble snail.
aperitif aperitifs Burgundy dinner family fish France history hospitality Kir pre-dinner drinks reflections tourism traditions vineyards