Are You Being Ripped-Off?

I've been meaning to write this for a while now. Unfortunately, the business of earning money sometimes gets in the way of the pleasures of writing, and what I need to say is a bit negative. I'll try to be as positive as possible. 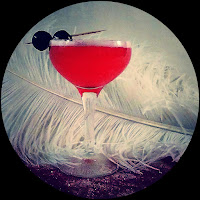 The fashion for cocktails took off during the period of Prohibition in the US. While organised criminals monopolised the supply of illegal hooch, wealthy Americans travelled to Europe, London in particular, in search of alcohol. Bringing with them a taste for mixed drinks, they triggered a book in cocktail creating in the higher-end London hotels and bars. Bar tenders like the two Harrys - MacElhone and Craddock - became superstars overnight. They established the canon of classic cocktails and popularised many drinks that are still served a century later. Turn to their published bar books for the definitive recipes for Pink Lady, Sweet Manhattan, French 75 and Rob Roy cocktails. One thing you notice about the old books is how strong the drinks are. That's not because spirits have become stronger, either. A standard bar gin is 5-10% lower in alcohol now than it was in the 1920s. The drinks, being expensive to make, were never intended for session drinking. Craddock separates the cocktails in his bar book from a selection of lighter, more refreshing drinks he simply labels "Long Drinks." In this section are the rickeys, fizzes, slings and punches we would now class as cocktails. As far as I can tell, the difference between the cocktail and the long drinks is the proportion of alcohol to non-alcoholic ingredients: the cocktails are made using mainly alcoholic ingredients, the long drinks diluted by at least equal volume of soft drinks. 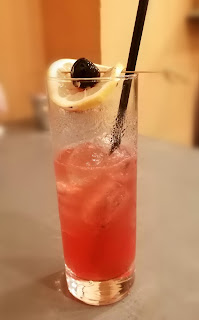 Between the end of Prohibition and the 1950s a new artistic style became popular in California. Drawing on a variety of Polynesian influences, it became a fantasy of south Pacific cultures. Social lounges, bars and restaurants decorated in the new "Tiki" style needed drinks to match their aesthetic, and a new style of cocktail was born. These favoured Caribbean spirits like rum, coloured liqueurs like Curaçao and exotic fruit juices. They were given evocative names like Blue Lagoon and Pearl Diver. It took a while for Tiki cocktails to become popular in the UK, probably because of the restrictive price and availability of fresh pineapple juice and other common ingredients. By the 1970s, the Tiki aesthetic was going out of fashion in the US, but the popularity of TV show like Hawaii 5-0 and Fantasy Island awoke a desire in younger British drinkers for the exotic flavours of Tiki drinks. The "fun pub" boom of the mid 1980s satisfied this desire and boosted its appeal by creating new drinks with suggestive names. Everyone was out for fun, drinking, dancing and letting go, and making believe a Friday night out in Henry Afrika's, Yanks or Mississippi Showboat was a trip to Tonga. The trend shifted again around the turn of this century, when American bartenders started to explore forgotten drinks from the 1920s and before. Once again, cocktails have become short and strong, but the Tiki drinks linger on, often presented with a sense of retro irony.
Whether we're talking about Harry MacElhone's White Lady, Victor Bergeron's MaiTai, a 1980s Sex on the Beach or a modern Last Word, something cocktails have never been is cheap to buy. A typical bar tries to make about 75% margin on the cost of drinks. Given that the wholesale cost of specialist liqueurs and spirits is not much cheaper than their retail price, they remain expensive to make. Cocktails are a luxury drink. To serve them well, a bar needs experienced, creative staff, and a supply of quality ingredients and fresh garnishes. These never come cheap. However, modern bars now have access to a wealth of pre-mixed juices and syrups, to which the bar tender need only add spirit. If you ever see a bar-tender making a Negroni or a Mojito in a shaker, you can be sure they're using a "cocktail flavour syrup." These syrups are cheap, cheap, cheap - about a third of the cost of the ingredients bought separately, but they are not those ingredients. They are a mixture of sugar or corn syrup with artificial colourings and flavourings. You'd be better off having a rum & pep with a slice of lime. Untrained (for which read poorly-paid) staff can mix a cocktail quickly by shaking a measure of bargain-basement spirit with a measure of cocktail syrup and straining into a glass full of so much crushed ice that you can't taste the alcohol. 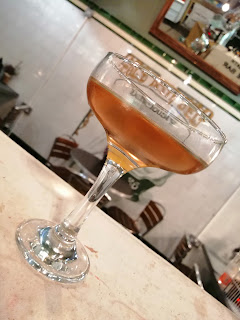 For a properly-made cocktail, I would expect to pay around £10 - £12 in my hometown of Harrogate, rising as far as £25 in a top London hotel. I would expect that cocktail to contain around 50-75ml of alcoholic ingredients, to be made to order and to my taste, and be garnished carefully with something edible. Many of the chains of pubs and bars have a cocktail list with prices substantially lower than these, but I'd ask you to consider that they will only contain 25ml of spirit and a slug of syrup that has cost the bar around 13p. The mark up must be enormous, even on cheap deals.
Here's my guide to spotting a bar that's ripping you off, versus one that is expensive but good: 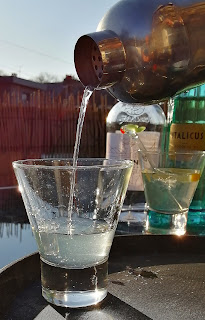 Every 'yes' you give in answer to a question in the above list pushes up the cost to the bar owner, a cost they need to pass on to you. In the end, quality always costs money, and I'd rather have just one excellent cocktail (maybe two) than several that are going to disappoint. Wouldn't you?
Next time: spring in the air.
cocktails Harry Craddock Tiki