March 03, 2019
While my mind has been on all things Welsh, I created two new cocktails this week, featuring Penderyn Welsh whisky.

The first is an aperitif cocktail that reflects the red dragon on the Welsh flag. It is slightly bitter and is finished, if you can do it, with a little woodsmoke, so the dragon can be seen breathing. 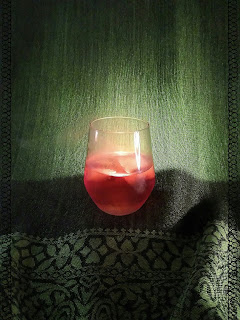 Stir with ice in a mixing glass. Strain into an Old Fashioned glass. Immediately before serving, place a coaster over the glass and fill the glass with smoke from a cook’s smoking gun. Lift the coaster as you serve.

The gold dragon appeared on Owain Glyndwr's battle standard. This cocktail is a stronger, sweeter one, suitable for story-telling around the fire after a hearty dinner. Its flavours include herbs and warming ginger. 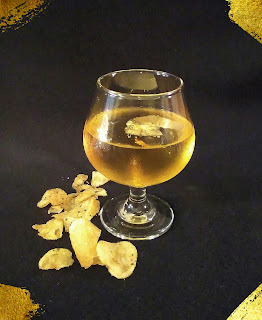 Start by preparing the glass: chill a brandy balloon in the freezer for a short while. Rinse with a scant teaspoon of Grand Marnier. Tip out the excess but don’t shake the glass.

Next stir the following on ice in a mixing glass:
40ml Penderyn whisky
20ml The King’s Ginger liqueur
20ml yellow Chartreuse
Strain into the prepared glass. Leave ungarnished, or garnish with a touch of edible gold leaf for a regal finish.