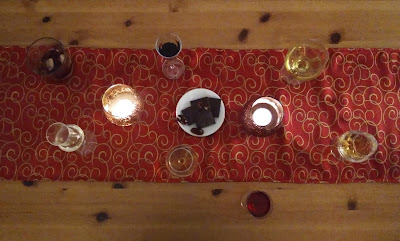 You know how it is: you've had a lovely dinner and a fine selection of wines; you're not ready to finish just yet as you're enjoying the company and want to relax a little before everyone's on their way, but you're not sure more wine has the right feel about it.

Just as the aperitif developed to "open up" the appetite to the dinner that follows, so many countries have created "digestive" drinks to relax the body and aid digestion, so that diners aren't waddling home uncomfortably full. One for the road needs to be a small one, and small ones are often strong ones. A friend coined the term "sippy-sippy drinks," which I think gleefully captures the style of these strong, sometimes very sweet drinks that are not to be approached lightly. Many cultures serve neat spirit at the end of the evening. It's certainly true that brandy, whiskey and such have a warming, relaxing effect on the way down. Whether they make any difference to your ability to digest probably depends on your own constitution. Fruit and herbal liqueurs were once promoted as medicinal, settling the stomach and giving rest from any indigestion. Now, they're enjoyed in the own right as part of the post-prandial ritual. 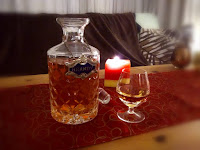 My favourite digéstifs are French brandies like Armagnac and Cognac. They're distilled from wine and aged in oak barrels. It's the barrel that gives the spirit its colour and much of its taste. Most Cognacs and Armagnacs are blends of spirit, the producer mixing spirits of different ages to achieve consistent quality and taste. They are classified according to the age of the youngest spirit in the blend. For Cognacs the classifications, going from youngest to oldest, are VS, VSOP, Vielle Réserve, XO and Hors d'Age. For Armagnac, they follow the same pattern, but the producer may also indicate the age of the youngest spirit in the blend in years, too. If you're lucky, you may find a spirit merchant who sells Armagnacs from single vintages. Obviously, there are differences in quality and character from year to year, so a producer will only sell like this in years she or he considers exceptional. A good brandy should be smooth and fairly dry. You might want to add a splash of water (at room temperature) if the alcohol burn is too much for you. I don't recommend warming the glass with anything but your hand. If your glass is too hot, you'll lose all those lovely volatiles in one go. 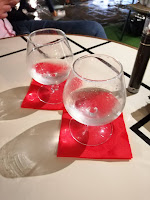 Similar in style to Cognac and Armagnac is Calvados. Calvados belongs to a group of spirits called eaux de vie. These are fruit flavoured spirits with little ageing. Calvados is distilled from cider and does enjoy some barrel ageing. Central to its character is a deep apple aroma and flavour. Other eaux de vie are usually colourless. Typically made in the mountainous east of France, they are flavoured of woodland fruits such as damsons, cherries and raspberries or orchard fruits like pears, quinces and plums. Without barrel ageing, they can be a little harsh for some people, but those used to them will go to great lengths to find their favourite. They are usually served chilled but without ice.

Of course France is not the only country to distil fruit spirits. German, Spanish and Greek brandies are all popular. They tend to be sweeter than their French counterparts and rejoice in the flavours of the wines of the region. Thus you can expect a lovely rounded flavour from Spanish brandy, which is aged in sherry casks, and a delightful freshness from German brandy, aged in white wine barrels. 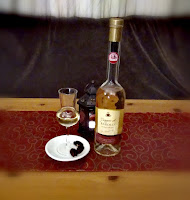 The production of red wine in particular involves fermenting not just the juice of the grapes but the skins, stalks and pips, too. What's left of these after the wine has been pressed out is called pomace. Some producers, rather than waste the alcohol in the pomace, distil it. Known in French and English as marc, it is also called grappa in Italian. Distilling removes the tannins that are abundant in grape pips, stalks and skins but keeps much of the flavour of the grape. Pomace brandies are rarely aged much, although some Italian producers are successfully ageing grappa in wine butts or cherry-wood barrels to produce some very interesting spirits. Best sipped from a narrow glass, these drinks work well alongside coffee and sweet biscuits.

So far, all the drinks mentioned have been strong spirits. It shouldn't be a surprise that we gravitate to stronger drinks at the end of the evening. After a decent meal, we're often too full to enjoy longer drinks like wine and beer. Liqueurs are deeply flavoured, delivering a huge dollop of taste in very little liquid. The variety of liqueurs seems almost endless. They can be fruit flavoured, like limoncello, Grand Marnier and apricot brandy, nutty like Frangelico or Nociello, herbal like Bénédictine or crème de menthe, or even flower-flavoured like Saint Germain, rosolio and Parfait Amour. All liqueurs are sweet, although that sweetness is sometimes disguised in the very high alcohol drinks. Liqueurs were traditionally served neat, in very small glasses, but it has become popular to have them over ice in modern times. Given their infinite variety, there is something for every taste and no reason to stick to one style of serve. 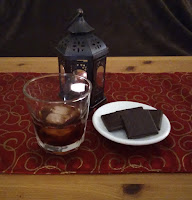 Also medicinal in origin is a group of Italian drinks that is gaining a lot of interest in the UK and America at the moment. Amari are similar drinks to aperitivi, quite strong and bitter-sweet. A key difference is the lower acidity, though. These drinks are not for stimulating your appetite but settling it. Perhaps the best known of these drinks is Fernet Branca, a powerfully medicinal-tasting drink that has been served in cocktail bars and restaurants for over a century. For those who prefer something less herbal, you could seek out Montenegro and Amara. This latter isn't easy to come by but is worth the effort. As well as the bitterness you'd expect, it also has a delightful, warming flavour of Sicilian blood oranges. Montenegro can be found in many good spirit shops and balances its bitterness with sweet orange peel and vanilla. Amari are generally served over ice.

I'm generally reluctant to serve cocktails after dinner: they can be a bit filling. However, there are some cocktails that suit the late night mood. Brandy Alexander is a creamy mixture of chocolate and Cognac flavours. It can be sipped slowly and adds another couple of layers to the taste of brandy, while also reducing the alcohol. Another popular cocktail that sits comfortably at the end of the evening is the espresso martini, which blends the strength of vodka with the richness of coffee. Just beware of the caffeine in that espresso, though: you do want your guests to sleep! One of my favourite after-dinner cocktails is a Black Forest Gateau. Combining a bit of spectacle, a sip of alcohol and everyone's favourite retro dessert, it can't be beaten. Watch me make it here: 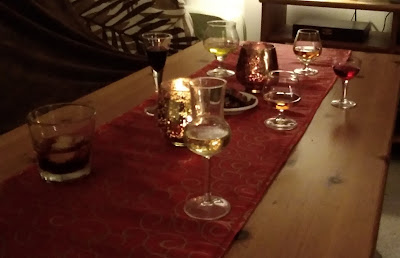